Arts and craft and popcorn review 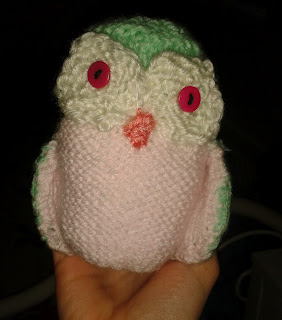 Over the past 2 years or so, I experimented with different types of arts and crafts, some a lot more successful than others.  I’ve tried chocolate making, knitting, card making, sewing- such hobbies appear to be making a comeback and are now considered rather ‘cool’ to do.

Knitting:
Knitting has become one of my most enjoyable hobbies despite my sister’s constant  teasing saying that I’m old lady! But do you know what, I don’t even care.

I personally find knitting very relaxing and a brilliant way to distract myself from unwanted thoughts, during both of  my inpatient admissions for anorexia, I found knitting was something I could do before and after meal times to help stop from getting anxious and to then take my mind from the rather disturbing thoughts running though my head after eating.

However, knitting has now become more than just a distraction technique, as nowadays a rarely need to use such distraction methods but I continue to knit just for pleasure. It has become a routine that I knit something for each of my friends birthdays and now they except me to do so, which does put abit of pressure on me to do so making it seem more like a chore than a hobby, especially as I do have school work and a part-time job making that kind of on demand knitting hard to fit in.


Peter popples popcorn, golden syrup flavour
I brought a box of 10x20g for £6.89 making it around 70p per pack which isn’t too bad on the old wallet. The only problem is that you have to buy online which can be a bit of a pain, especially for a 17 year old who has school every weekday and therefore is unable to wait around for a delivery.

I wasn’t very adventurous and went for the golden syrup flavour which was delicious and not too sweet .The only problem was that the flavouring ‘powder’ wasn’t very evenly distributed despite my best efforts to shake the bag, resulting in some very sweet pieces of popcorn and some very plain pieces. The 20g bags were bigger than I thought they would be, I obvious overestimated the weight of popcorn but after eating the whole bag I wasn’t very full and found my tummy making funny noises now long after.

However for those, who are watching their calories these little bags of light, air-popped popcorn are brilliant. Here are some nutritional stats for all 4 flavours per 20g pack.

I would recommend buying the sample box first, which has a bag of each flavour for only £2.19!
http://www.peterpopples.com

Metcalfe’s topcorn
I went through a phrase of being a little bit obsessed with popcorn as you can gather. During my obsession I treated myself to a bag of Metcalfe’s topcorn sweet’n’salt flavour. I’m not usually a fan of salty popcorn but decided to give it a go anyway and I’m so glad I did it was amazing the mix and sweet and salt was just right not too salty, not too sweet. The whole 5minutes the bag lasted I was in heaven!

The only places near where I live that sell this heaven in a bag which is metcalfe’s topcorn is greggs and boots at 85p a bag which for a 17year like me is a lot of money for a relatively small bag, considering you could easily go to ASDA and get a 500g bag for less than a £1 too!

There are 4 flavours of metcalfe’s topcorn- I have only tried 2 (sea salt and sweet’n’salt)
Here are some descriptions and nutritional stats per pack:
WASABI FLAVOUR- ‘our wasabi flavour adds a tangy, sweet, mustardy kick to our topcorn. Mild but enjoyably confident’
I was too scared to try this flavour, though fear of not liking it and it being a waste of money and I would be left hungry!
121kcals,  0.5g sugar,  6.5g fat, 0.7g sat fat, 0.2g sodium

SEA SALT FLAVOUR- ‘lightly tossed in natural sea salt’
As a previous hater of salty popcorn I have been converted however I would still chose sweet over salty any day, I’m just not a fan of salty things.
108kcals, 0.1g sugar,  5.6g fat, 0.5g sat fat, 0.24g sodium

CHOCOLATE CRACKLE FLAVOUR- 'Thin strands of delicious chocolate crackle drizzled over our sublime skinny topcorn. Made possible by our hand built warm chocolate drizzling conveyor'
At first, i really wanted to try this flavour but i have to admit that the calories and sugar content did put me off, i think it's a waste of calories especially as popcorn never fills me up!
212kcals,  21.6g sugar,  2.9g fat, 0.4g sat fat, 0.07g sodium

SWEET 'N' SALT FLAVOUR-'We didn’t want to make you choose between salt & sweet.These two taste bud tinglers have been mixed for maximum flavour, it might sound wrong but it tastes so right.'
i was in heaven, end of!
115kcals, 4.9g sugar, 4.8g fat, 0.4g sat fat, 0.13g sodium